It is common in Indonesia that question after you got married, the ultimate question would be : when are you going to have a child? ‘How to get pregnant’ might be the words you type on google on the first basis.

Well, I guess it all started in February 2016 when the in-laws and my parents started to urge me not to postpone getting pregnant. Honestly, personally, I wanted to postpone getting a baby for another year. For God’s sake, I still have many places to travel to and also I just got a VERY VERY interesting job in a billionaires’ and government’s circle, AND crying baby was the last thing in my mind. To put it short, I WASN’T READY. Yet as everyone knows, in Chinese family, it would become a problem if you’re married and no sign of babies. Me and my hubby are the first child in our families, and he is the first and only son in his family, so the tale about passing on the family lineage is considered their first priority after us getting married. Hence, we started to give in to their requests and trying to conceive.

Here are some of our efforts that we thought most of it were ridiculous :

Long story short, it was April 19th 2016, the day when my uncle passed away. I had to go to the funeral house with my sister since my parents got dengue fever. That night, my sister told me to get a pregnancy test, out of the blue. There is a belief that if you’re pregnant, you are forbidden to visit a funeral house, leave alone seeing the corpse, since it’s believed that the dead might ‘take’ your baby to their realm or the dead will haunt you throughout your pregnancy. Sounds scary, huh?

That night, my sister kept bugging me to get a pregnancy test, if I didn’t get pregnant then we’d go to the funeral house. Hence, I took the test right after I got home from work. The test pack show that I am pregnant. No kidding. For a few minutes, I was shocked. I wasn’t thrilled yet. I was so freaking scared. Why? Because for the past few weeks since I came back from Japan, I went out frequently with my friends to drink. I drank too much alcohol almost every weekend since I thought there won’t be any more all-you-can-drink day once I got pregnant. Moreover, I was forcing myself to go on a diet by having a daily hardcore yoga since I was overweight at that time and I wanted to be in an ideal shape before I get pregnant. Not to forget, my new job required me to run here and there with high heels all day long. I was so scared that there might be something wrong with the fetus inside me because of the alcohol and my extreme activities. I told my husband about my pregnancy and unlike any other couple, he was so calm and asked me to visit an OBGYN at the soonest.

The next day, I tried another two pregnancy tests and it showed two stripes which means : I am still pregnant. I visited the OBGYN that evening, and guess what, I was 4 weeks pregnant. Holycow! I was thrilled, yes of course. But I was more anxious now that I have been pregnant all those time and I did abuse my fetus unintentionally.

Anyhow, there goes my story to get pregnant. Did we try? Yes we did, even though we took it for fun and lightly. When we were in Japan, we  didn’t even think to try making a baby. LOL. I am a travel junkie so I spent every minute enjoying all foods, trips, scenery, and every detail I could get. I ate LOTS and LOTS of fresh sashimi, drank bottles of sake, and always on the run to catch the trains.

We would say that we got lucky. As everyone knows that there are TONS of rules to follow when you try to get pregnant such as avoid alcohol, have sex in certain styles, monitor the ovulation cycle, get plenty of rest, stop eating raw food and blah blah. If I took a look back at all my ‘attempts’, I did bend all those rules.

So, what I meant to say is, no matter how hard you try to get pregnant or avoid pregnancy, if mother universe let you get knocked up, you will. I didn’t mean to say that you should not follow those common rules, it’s just maybe, MAYBE, you need to let thing go as it is and just enjoy the flow. I understand the burden of longing for a child, I have some friends who have tried EVERYTHING (from insemination, Traditional Chinese Medicine, acupuncture, you name it) and still can’t get pregnant. It breaks my heart to see them trying with no result while there are others who have a one-night-stand and boom, they got pregnant.

I consider this whole thing about pregnancy as a mystery. I’ve always been a well-planned person except for my pregnancy. I would convince myself that perhaps God trusts me that I am ready to be a parent. To be honest, deep in my heart, there was a tiny bit annoyance, because of this pregnancy I need to put my baby’s needs first and I need to let my planned vacation go, not to forget lots of other things such as career, hangover nights, ideal-shaped body, junk foods etc. BUT again, by the time you get pregnant, it means that you are taking a SERIOUS responsibility for the rest of your life. You will grow a human inside your body and raise him/her to be a decent human being. That’s A LOT to take.

Pregnancy is not a get away to have a baby so you can play barbie/ken with him/her. Your undivided focus and plans are now for your child. It takes a life-time commitment not just a 40-weeks commitment. As for me, my unplanned pregnancy has led me to a new person, less of me, more of my baby.

For those of you who are trying to conceive, best of luck! Please do remember, your peaceful mind is a must and do enjoy the process. It does take a lot of efforts for some people but after all, I guess fate brings you to it. Whatever will be, will be!

p.s : you can PM me should you want me to share the details of my story 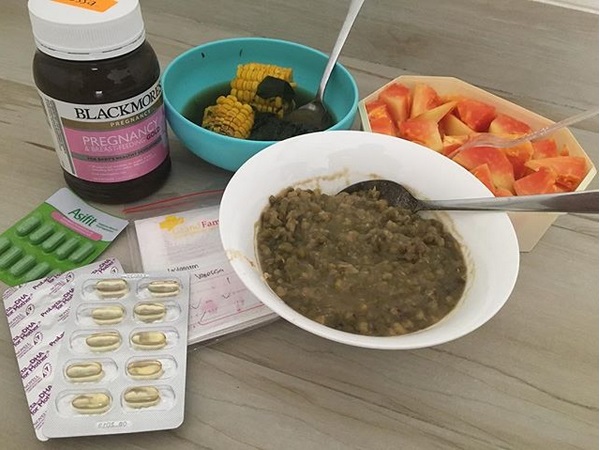 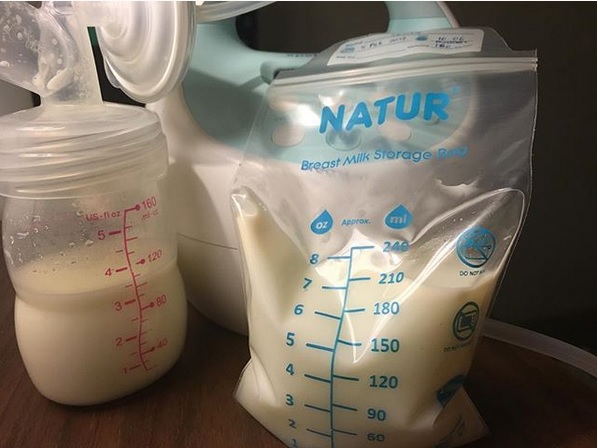 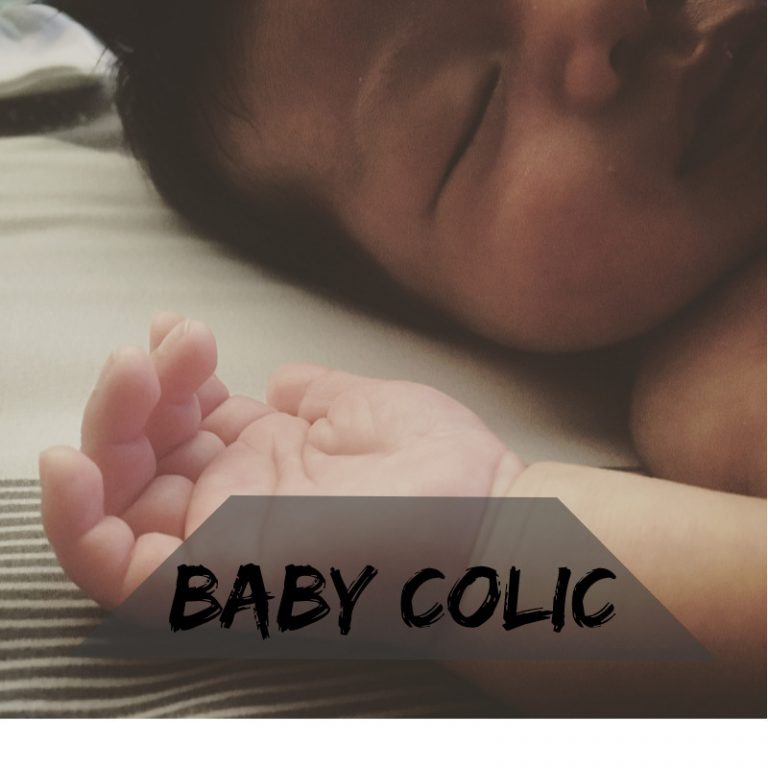 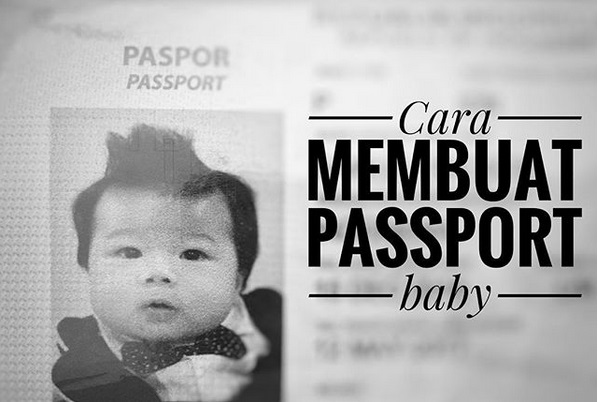 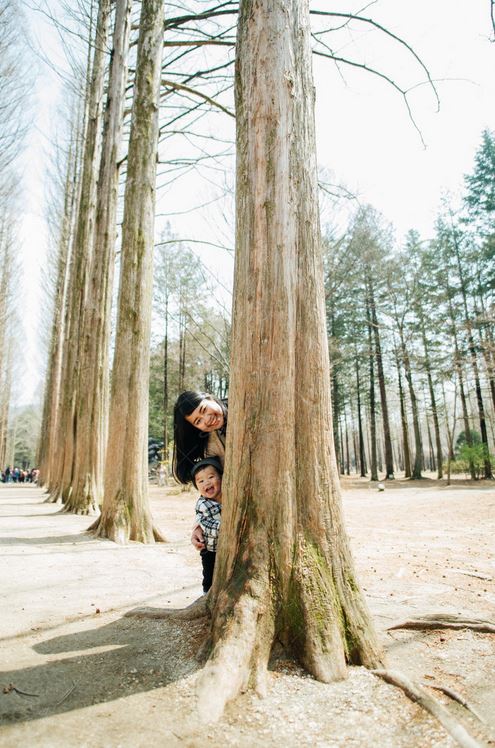 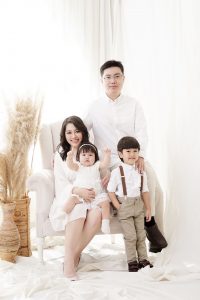 I am Vanessa, a mother of a marvelous son (Samuel Rayson AKA Sammy) and a beautiful daughter (Samantha Arden Rayne AKA Sasa) plus a wife to a brilliant actuary. I am a self-taught home-cook, a travel junkie, and a prolific writer at times.